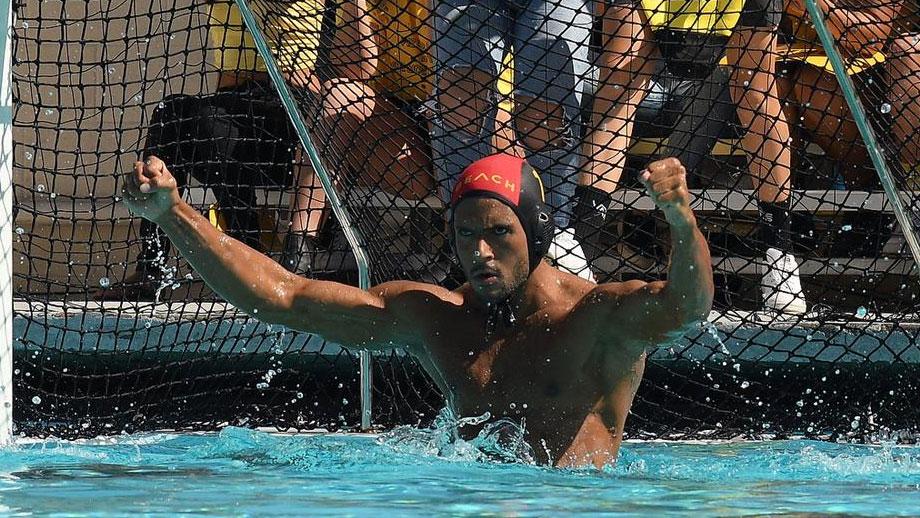 Marwan Darwish has defied all odds in his time at Long Beach State University as he now finds himself leading The Beach into the GCC Semi-Final against conference rivals, The University of Pacific tomorrow at 1PM (PT). However, his road to being one of Long Beach’s most influential players was not clear cut.

Leaving your home country to pursue a university degree while competing in your given sport is surely not an easy one. However, the pressure is usually calmed by a guaranteed spot on a team along with a full or partial scholarship.

“I was not recruited by Gavin. I emailed Almost all of the Division I coaches, sending them a highlight video of mine and none of them ever Responded.”

Darwish on his process of joining The Beach

His initial time in Long Beach was full of pressure, both in the class room and in the pool, as he had to prove himself or his time in California would be extremely short-lived.

“One of my teammates from Egypt happened to know former Long Beach State Player Nick Rascon, and he gave me Sale Petrovic’s number and I Called him all the way from Egypt and he told me they would give me a two week try out period To see If they’re going to keep me or not.”

Darwish states that his transition from living at home with his family to living by himself in California was one made easier due to those around him in Long Beach.

“The transition from Egypt to the USA was a little bit tough but the Long Beach water polo family was able to welcome me with open arms and they really help me in my first couple of months to adjust and fit in the team perfectly. Making a decision to move across the world and leaving everything behind is alway a tough decision but I knew it was whats best for me education and athletic wise.”

The top Water Polo nations in the world are predominantly European with teams such as Hungary, Serbia, Montenegro, Spain, Greece & Italy garnering many of the podium finishes in recent international tournaments. This makes it extremely tough for players from other countries to stand a chance of being recruited, let alone receiving financial assistance.

Darwish got his opportunity to showcase his attitude and competitive nature due to his persistence and hard work getting in contact with coaches and he was not about to pass up this opportunity.

“The mentality I had since day one is one of the biggest factors to my progressive success at Long Beach State, coming in my water polo level and skill was not the best but the only thing I could do was put my head in the water and work as hard as I can.”

USA is starting to make strides towards matching it with the European power houses and this is thanks to their college system which receives quite a large budget through their respective colleges, in comparison to clubs in Australia. Darwish also compared USA’s approach to competition in his home of Egypt.

“Training in the USA is way more advanced than in Egypt. The resources provided here are not comparable to the ones in Egypt, for example our strength and conditioning program and coaches at Long Beach State have helped me become a better athlete on so my levels.”

“Another thing that Egypt is very weak on is sports medicine, this is an area that needs to improve in order to maintain athletes preferences without constant injuries that delay progress.”

“The dedication from players to water polo in Egypt is not the best as water polo is a hobby not a priority. Finally the competition in Egypt is on a much smaller scale. There are only three teams that know Water Polo, the rest are out of the picture.”

After Darwish’s two week trial, he was added to the roster as a redshirt and put his head down and put 100% in from day one. This was an initial goal reached for Darwish as he would be able to stay in California while studying and training at a high level. However, after his first season as part of the active roster, everything changed.

“I was blessed to be the starting goalie for Long Beach in the season of 2018 as my former team mate was ineligible to play and I was the guy to who was there to fill his shoes. I was never in the plan to be the starter at LBSU.”

Darwish starting was sure to worry his coaching staff given his background. Long Beach was not given much of a chance in 2018 as conference rivals Pacific were looking very strong and 2018 was seen as a rebuilding year for The Beach.

The conference tournament came around and Long Beach were seeded to finish third. However, they shocked No. 2 seed Pepperdine and met Pacific in the final in front of a full home crowd. It was an electric encounter that saw Long Beach triumph and book theirselves a ticket to the NCAA play-offs. Darwish was named MVP.

I must say, accomplishing the MVP award is one thing I take a massive amount of pride in. It was for sure one of the happiest moments from the day I started Water Polo”

Darwish on winning Conference MVP in 2018

Darwish and Long Beach will take on Pacific in a conference final re-match in the GCC semi-finals 1PM Pacific Time tomorrow as both teams look to book their ticket in the conference final against UCSB or Pepperdine. Long Beach captain Austin Stewart, for one, is very excited for the match up and to have the reigning conference MVP holding it down for The Beach.

“From the second he walked on, I knew he had the fire inside him to work so hard to be a huge part of this team. So far in the playoffs, the past two years he has been our MVP. He has stepped up for us in huge moments and I wouldn’t want to be playing defense and getting blocks in front of anyone else.”

Thank you to both Marwan Darwish & Austin Stewart for taking their time to talk to us before their big match up tomorrow. To watch The Beach & Pacific battle in the conference semi-finals as well as Pepperdine & UCSB, or check out results, follow these links.