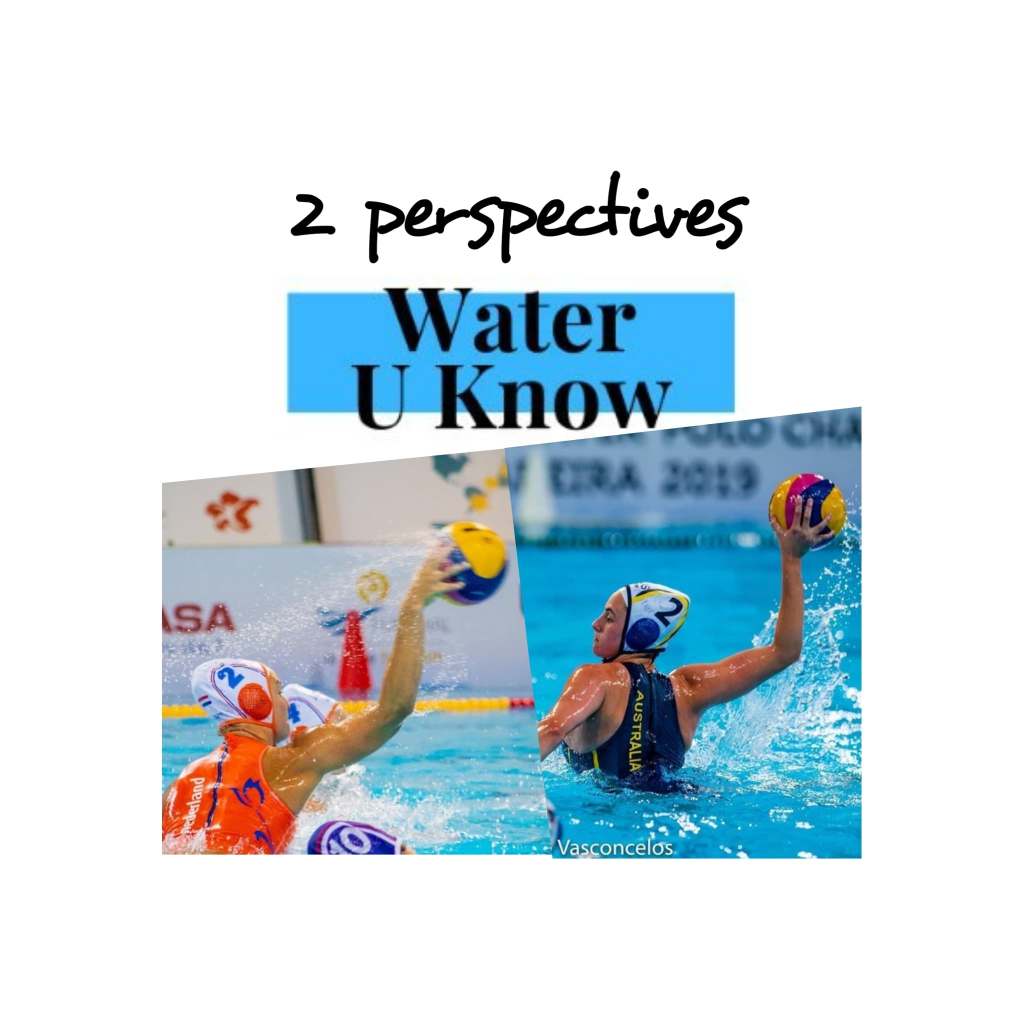 The 2019 FINA World Women’s Junior Water Polo Championship was held in the Portuguese city of Funchal, between the 9th and 15th of September.

Australia was placed in the hardest group of the tournament, fought bravely against some of the strongest teams in the world and at the end, fell short by small margins finishing 9th.

On the other hand, the very experienced Dutch side, managed to remain undefeated until the the grand final where they were outclassed by the Russian side for the second time in a row.

Exclusive for WaterUKnow we spoke with Australian Jamie Oberman and Dutch Lieke Rogge who will offer to our readers 2 different perspectives on their World Championship experience.

Representing your country on the international stage, the world championships, is an admirable task. It takes a lot of sacrifices, commitment, determination and sheer will. It should be the proudest moment of any junior water polo players’ career.

In Australia, being selected among the top 13 water junior polo players in the country is unfortunately only half the job complete. In order to be able to join the World Championship expedition, each player has to pay the enormous costs $8500AUD, while in Europe, the water polo federations are responsible for covering the cost of such important endevours.

With that contrast in mind, we would love to introduce our guests for today.

Jamie Oberman, has been playing water polo for about 7 years now. She started her career at the Western Australian club Triton Water Polo where she still plays today, while her Australia Water Polo National League is the UWA Torpedos. Jamie has been part of the National team program since 2015, and she was one of the leading players for the Australian side in Portugal.

Lieke on the other hand started her water polo career when she was 6, she started her training with the National Team when she was 11. Last year, she decided to follow her older sister’s steps and play at Arizona State University. How ever after her first year at Arizona she had decided to come back and join her former club team Zv De Zaaan in Amsterdam.

Our first question for the ladies was how was their preparation for the World Championship?

“Our preparations for the World Champs were very long. We started our full-time program in the middle of may. So it was a very long and tiring summer but we have a great team, and helped each other trough the hard times.”

“Preparation was really good, I was training up to two/three times a day at WAIS. Consisted of fitness and conditioning training, strength training and swimming. At the start of the tour we went to Greece and trained with the Greeks and Chinese. We played really well and won most of our games and we were really solid as team. Of course, we were still working on things such as extra man but that came along in each of the games we played. We also had the opportunity to play the Olympiacos Senior Women which was awesome for us and showed me personally a new side of water polo “

What were the team expectations in the lead up to the tournament?

“Expectations were very high. Last summer we also played the European Championship here at Madeira, so we knew where we would end up”.

“Our expectations into the tournament was that we knew it was going to be tough with us having the hardest pool in the tournament. We knew that we could compete with a lot of teams and our goal was to finish as high as we could knowing we had to give it all every game”

Australia defeated Japan, but lost both against USA and Hungary by a 1 goal margin, in the group stage.

How was the overall organisation at Portugal?

“The organisation, accommodation were great! I was kind of over the food after 10 days (laughs), cause I basically ate the same thing ever day. But comparing it to other tournaments this food was really good”.

“Our accommodation was great. Not everyday you get to stay in a five star hotel so it was pretty cool. We had breakfast, lunch and dinner with all the other teams which was good as we could socialise with others and also we has an amazing view. It was a bumpy bus ride to and from the pool with sometimes up to 5 teams squeezing onto one bus on the way home – that was interesting “

Could you take us through your games. Starting from the group stage, you both had slightly different journeys. We are interested to hear what emotions were you going through as the games went on.

“Our round games were good for us as we realized we are truly up there with some of the best women’s water polo teams but it was also quite painful throughout the competition to keep losing – two games by 1 and one game by 2. When looking back on the games, we all believed that we could have won those close games if we put away our chances and limited our mistakes. Against Hungary we knew it would be fast, physical and tough which we were prepared for but we didn’t start off well which wasn’t ideal and found us chasing them. We fought back hard and gave them a bit of a shock when we caught up but then they put away their final goal and played a tight defense at the end. I definitely think we could have won if we started off better and shut down their key players earlier. With Japan, we practiced at training playing against their unique defense. We knew if would be tough and majority a swimming game. It was great to win that game even though it was by one. I think we could have won by more but the Japanese defense threw us off a bit. We knew we had to win against USA to put us in a better spot for crossovers. We started off with a flying start which is what we had wanted for all of our games. This was going to be more of a traditional water polo game, more center forward compared to the Japanese. They got back into the game then it was a constant fight (goal for goal) until the end which unfortunately ended in another loss for us. Once again it was another game we could have won but it was extremely disappointing losing another game by one. Next was our crossover against Span. We knew this team had won World Youth champs the previous year and would be a tough opponent once again. I think that we gave them a good challenge but we didn’t put our opportunities away which again cost us in a two goal loss and being knocked out of the top 8. We took this very hard as we all believed we were a top 8 team but we had to focus on our next games. For our next two games, against South Africa and Canada, our goal was to win with a convincing goal difference to prove that we were better than the bottom 8. We did this with two convincing wins and our win against Canada was good to end on a win and our tournament on a good note. I’m very proud of our girls how we kept fighting for every goal and through the roller coaster of emotions we faced over the tournament our focus was always the next game and what we needed to do to win.”

“Our group consisted of Spain, Brazil and Kazakhstan. So we knew it would be hard to end first in our group. The last 3 years Spain won every tournament for our age. Our first game was against Spain, the game ended in 12-12. So we knew we had to score as much as possible against Brazil and Kazakhstan. And that’s what we did, after 2 days we had scored 1 goal more than Spain did so we were first in our group! In the quarter final we played against China. China did very well in the tournament this far so we knew we had to play a good game to beat them. It wasn’t a good game but it was good enough. We played the semi final against Italy. Italy had a really good team. They started of the game strong and focused, and after 1 quarter they led the game with 1-3. We knew we had to do something extra to win the game, and that’s what we did. It was so cool to play, and especially to win a game like this! We were playing the golden match!“In the final we played Russia. Russia played an amazing tournament. They beat good teams with big scores. We knew it was going to be hard but we were ready. Unfortunately Russia played a really good game. They were better then we were and so they won the golden medal. Of course we were disappointed that we didn’t get the gold, but a silver medal at Worlds is already a very good achievement and so our sorrow soon turned into pride“.

Thanks to both Jamie and Lieke for taking the time to chat with us and best of luck to both on their water polo futures!