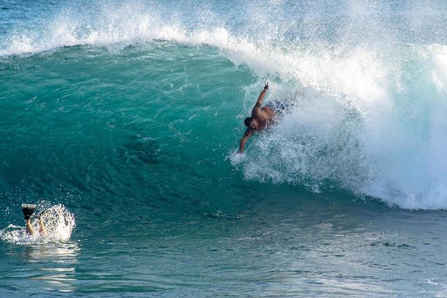 The 2019 Point Panic Contest will be held on the weekend of the 7th & 8th of September.

It was not easy to put this event together and bring it to life, even though it has been running for years. There were some serious administrative issues, such as the local car park jurisdiction being transferred from Honolulu Community Development Authority to City & County. This was a major head ache for the event’s organizer, Sean, and one of the main reasons why this traditional classic was not held last year. Thanks to his determination, this year they made it work.

“There were some bureaucratic issues that we had to deal with… but I’m stoked that we are able to continue the comp. I was able to find help from US Senator Brian Schatz, who also body surfs at the park. Him and his office were a huge help to us and it was thanks to them that this competition is running again. I can not thank them enough!”

The defending (and also the youngest) champion of Point Panic ,Wyatt Yee will also be competing. Exclusive for Water U Know, he touched on the last win and this years expectations:

“Winning last year… It was a speechless moment for me, honestly. I did not expect my name to come first. I was just extremely stoked and honored to have done that. This year I just want some waves and all the boys to make it to the finals. I will hope for the best and we will see who will end up catching the best waves on the day.”