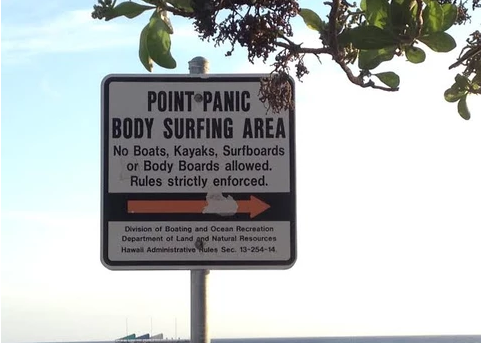 In September, the annual Hawaiian Point Panic body-surfing contest will be held at one of the world’s most famous body-surfing exclusive breaks in the world.

The famous break is located at the end of the Kewalo Basin in Ala Moana on the island of Oahu. The wave is considered to be a high performance wave, producing a lot of power and speed, thus allowing body-surfers to bust all of their tricks.

The contest itself will be held on the best 2 days, in the holding period, which consists of all weekends in September. The event was originally run by Kanekoa Crabbe for 9 years, until the duties were passed onto 2011 Point Panic champion Sean Enoka (Instagram). Today, the official tournament registration is open and can be done through the Stact App.

Another big name is Mike Stewart, who took the win in both 2013 and 2014 and if he registers, he will be another huge name to look out for.

The event will accommodate for 96 body-surfers, of which 48 will be contesting in Open Men, 24 in Open Handboard, 8 in Open Women and 12 in a Mini Boogie, in a 4-man priority heat format.

The major sponsors of the tournament are Vissla and DaFin.

It is certainly shaping up to be another Hawaiian classic and an absolute masterclass of body-surfing.