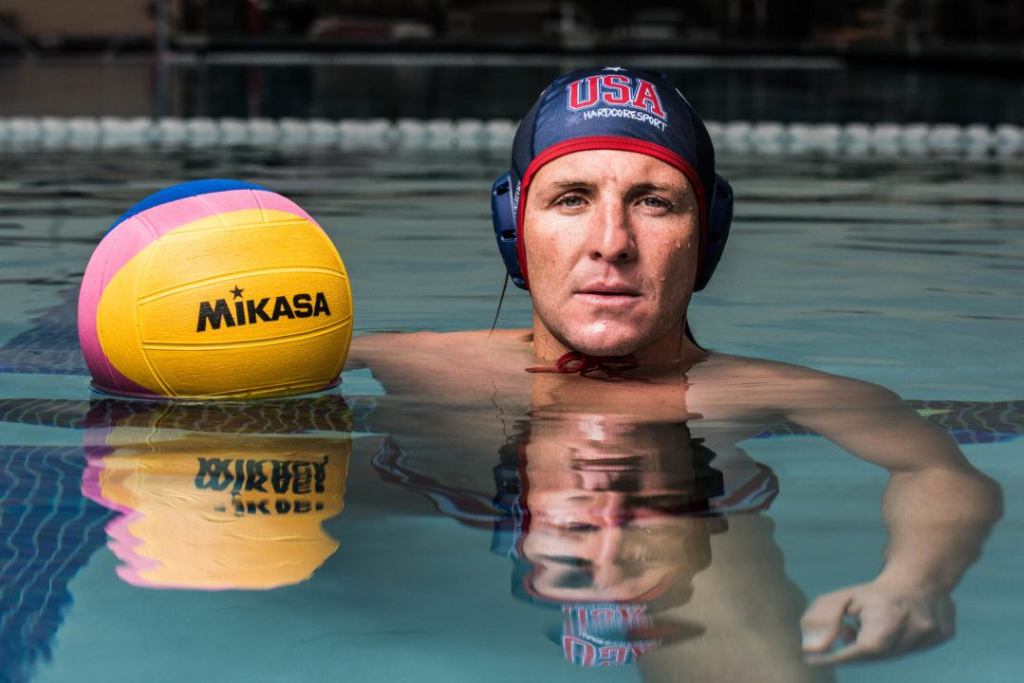 We are proud to announce that we will be running an NCAA Water Polo Fantasy league for the upcoming Men’s season. The competition will feature 6 members whom have graduated from their respective colleges in the previous 2 years, as well as two special guests. The draft will be taking place on Friday morning 9am PDT and each team will have to select 1 GK, 2 2M players, 4 attackers/utilities, 1 coach and 1 Peter J. Cutino award winner!

Points will be awarded/deducted for goals, kick outs, saves, wins, loses, All-American team selections and of course the Peter J. Cutino award winner. The points system is displayed below the player profiles. Each week, the team with the most points will be awarded 8 points, through to the team accruing the least points, being awarded 1 point. There will be no trades, drops or adds as there is in other fantasy sports. Here are the teams competing this year!

When anyone thinks of USA Men’s Waterpolo, Azevedo is undoubtedly the first name that comes to mind. Azevedo has been in the game for 27 years and continues to be an integral part of American Water Polo through his Water Polo Clinics, where he aims to instill the fundamentals and lay a strong foundation for the up and coming athletes in USA.

In the pool, Tony has a long list of achievements, including but not limited to:

Azevedo will be looking to use his expertise to put together a winning fantasy roster and add to his list of accolades!

Next up is USC’s all-time saves leader, McQuin Baron. The 6-5 goalkeeper leads basically every stat category there is at USC for goal keepers, if not the whole of the NCAA. In 2016 Baron was named the Peter J. Cutino and National Player of the Year award winner while leading the league in saves and saves per game. McQuin was part of the USA team at the 2016 Olympic Games, and also lead USC to 4 straight NCAA finals.

Baron will no doubt have his eyes set on selecting a strong GK to secure him as many points through saves as possible, perhaps his successor, Nic Porter.

Considered one of the best shooters on Team USA, he scored over 200 goals while at Stanford and was named a 1st Team All-American all four years. Currently plays professionally in Croatia. One of the hardest shots on the team, continues to improve every year with extensive experience abroad in recent years. Bowen competed at the Olympic Games in 2016 and will be looking to replicate that achievement in 2020 no doubt.

Look for Bowen to select some tough shooters to his roster.

Played at Long Beach State for four years and was named an All-American his final year. Went on to play professional water polo at CN Sabadell. Everyone who has played against Lynde, knows Lynde. The big man brought a lot of passion, goals and 6-on-5 opportunities to The Beach in his 5 years and continues to chase his dreams abroad with stints in Greece & Spain.

Perhaps the big man can land a few dangerous 2M players to rack up some points for his team.

Stanchi competed for Stanford for all four years, including the previous season where Stanford reached the NCAA final for the first time in 6 years, falling just short after an incredible comeback against USC. Stanchi was an impressive student-athlete, tallying over 40 goals for the Pac-12 powerhouse, while receiving all-academic honors on a conference and national level, all four years.

Pedro Stellet was a fan favorite and a true leader for the Cal Bears. He was captain for Berkeley both his Junior and Senior years, leading his team to an NCAA ring in 2016. Pedro contributed 77 goals for the Bears over his career and added many exclusions earned out of CF. Stellet also has experience on the international stage, being a part of team Brazil at the 2017 FINA World Championships.

The Aussie competed 4 years for the Trojans and was a 3-time All-American as the starting centre for all four years. Edwards now finds himself on the Australian National Team with his eyes set on Tokyo 2020. The big man was a trouble for defenses throughout his college career as he was the rare player that carried a large frame but was still quicker than most. Edwards scored over 130 goals for ‘The Men of Troy’ over his career.

Ben Stevenson scored 174 goals while stationed in Stockton, California with the Pacific Tigers, gaining a reputation as someone who will shoot from anywhere at anytime if you take your eye off the ball. The Two-Time All-American reached the NCAA semi-final in his Senior season, falling short to eventual winners UCLA. Perhaps Stevenson can use Pacific Head Coach James Graham’s database of statistics to put together a winning roster!

Points will be awarded on a weekly category based on the following points system.

We will be publishing weekly recaps featuring the live leaderboard, top ‘fantasy’ players and keeping you up to date with which of these experienced Water Polo players, is most up to date with College Water Polo!